A guide for crypto traders and a technical analysis of a popular Binance Smart Chain smart contract scam resulting in an inability to swap a token back due to transferFrom error on PancakeSwap.

Yesterday I received a message from TokenSniffer regarding another token SafeBinance with swapping issues and a clue that there is a weird instruction restricting somehow a to address in a transfer function. As a result users received a strange error message like the on in the screenshot.

As it turns out the token might be a part of a bigger scam campaign and cool TokenSniffer's feature listed multiple similar tokens deployed during the last few days. Here are a few examples:

The initial #SCAMToken target was #SafeBinance, but when I checked the message and similar tokens it turned out there was a newer one (#SafeRocker) released a few mins earlier and looked like it is still active, so I decided to start with that one.

For quick info how to recognize this exact scam for non-tech people, go to for traders section.

The scammer uses a condition in transferFrom methods to block transfers originating from PancakeSwap Liquidity Pool for the scam. The address of the PancakeSwap LP is set during the very first interaction of the pool with the contract via add liquidity at the beginning, so the variable newun is set exactly to the address of a Liquidity Pool for that token. When the variable is set swaps back are not working as contract blocks transfers from Liquidity pool to the users, wht results in transferFrom error message in PancakeSwap. The value of the coin increases and due to the AMM mechanics the scammer to cash out pulls back his LP token with a profit.

To understand the scam a brief high-level knoweldge of a swap transaction performed by DEX like PancakeSwap is necessary. I'm neither solidity nor a blockchain developer, thus it's a pure analysis based on a notepad, bscscan.com and google. I read my own swapping transactions and the code of the contract and came up with a hypothesis how it works. Naturally, solidity developers are more than welcome to point out anything that is wrong in the proces I described. Just drop me a message.

Basically when somebody wants to buy a token on PancakeSwap or a similar decentralized exchange he or she needs to swap usually some BNB (in case of the Binance Smart Chain) for the final token he or she wants. Swapping different tokens than the main network's token are also possible, but it complicates the process, so BNB->SomeToken is a basic and the easiest example and will be the base for the analysis.

After a swap a new transaction should be present in the wallet and it can be reviewed in BscScan. The transaction's details consists of this the most crucial fields:

In the Logs tab in BscScan there is even more details regarding the transcation and Transaction Receipt Event Logs lists all events emitted by executed contracts' functions. In short it lists the following 5 events:

The swap back process looks very similar, but it first requires an Approval action, which takes only network's fee and allows to swap SomeToken to other token. After confirming that it will be visible in wallet's transactions list, however details or approval are irrelevant for this analysis. Then the actual swap can be done and when it is performed it will be also listed in wallet's transactions list as following (the most crucial fields):

Again in details in Logs tab events can be previewed and in short it lists the following 6 events:

To make the description complete, there is a last puzzle in this whole process, so liquidity adding. In short to allow swapping a funds of both tokens of the pair has to be added to the liquidity pool. It can be seen in the transaction's log of the token as and entry with annotation in Transaction Action field like

Wihtout diving into details the add liquidity generates 8 log events and in short they are:

At the beginning action 1 creates a pari using PancakeSwap router and then there is a transfer. This action 2 (Transfer) is the most important in this analysis as it invokes transferFrom method inside the SomeToken's contract. Later there is a transfer of the second token and Liquidity Pool token distribution.

The actual scam in SafeRocket (SafeBinance) and the whole family⌗

With the basics behind swap described it should be easy to understand how this scam works in details.

During the swap process, there are a few places where the code of the contract is invoked and that code was written by a malicious developer (or copy-pasted), thus can cause the malfunction. In the previous description all such places were marked as (IMPORTANT) and below you can find the listing of the most crucial invoked methods: transfernewun, transfer, approval and transferFrom.

The first method can be used to manually set the newun variable which is unitialized at the beginning and only the owner of the contract can invoke. This variable is indeed an important clue.

The initial clue regarding weird instruction and variable was about the variable and the require(to != nwun, "please wait"); statement in the second method - transfer. That method is used to do normal transfers between wallets. The require instruction is a common programming pattern to ensure the conditions are met before the code is executed. If the conditions are not met, the code should not proceed. In this case the first transfer method contains a simple check:

The condition is fulfilled if to does not equal newun. So basically it simply prevents sending funds to whatever address is behind variable newun. At the very beginning when the contract is deployed the newun address is unitialized.

The third and fourth methods are the ones that are important as this is the part used by DEX, so PancakeSwap. approve and transferFrom are used to do the swap operation. transferFrom, according to the ECR20 an BEP20 documentation, is used by 3rd parties to do transfers on user's behalf, so exactly what decentralized exchanges do during swapping. In this case the crucial part for the scam is the condition at the beginning of the transferFrom function which is:

The code uses the condition to set newun variable and require instruction to block the processing of the function. To easier analyse it here is a more readable (Java-like) snippet.

What this code basicaly does can be described:

The require statement is exactly the same mechanism as in the transfer method, so to prevent sending funds to some address. However, that address is nowhere in the code initially, instead it is set during the peculiar moment in time, during the first invocation of the transferFrom method and when the from address is not 0x0 or at any point in time when the owner of the contract invokes manually transfernewun, which only he can invoke. Those are two methods to set the address to some value and block transactions.

With this information and after reviewing the first transactions of SafeRocket token the following happens.

Found it useful? Learnt something? Saved your moeny? Buy a coffee: 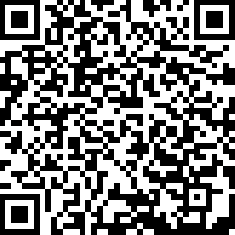